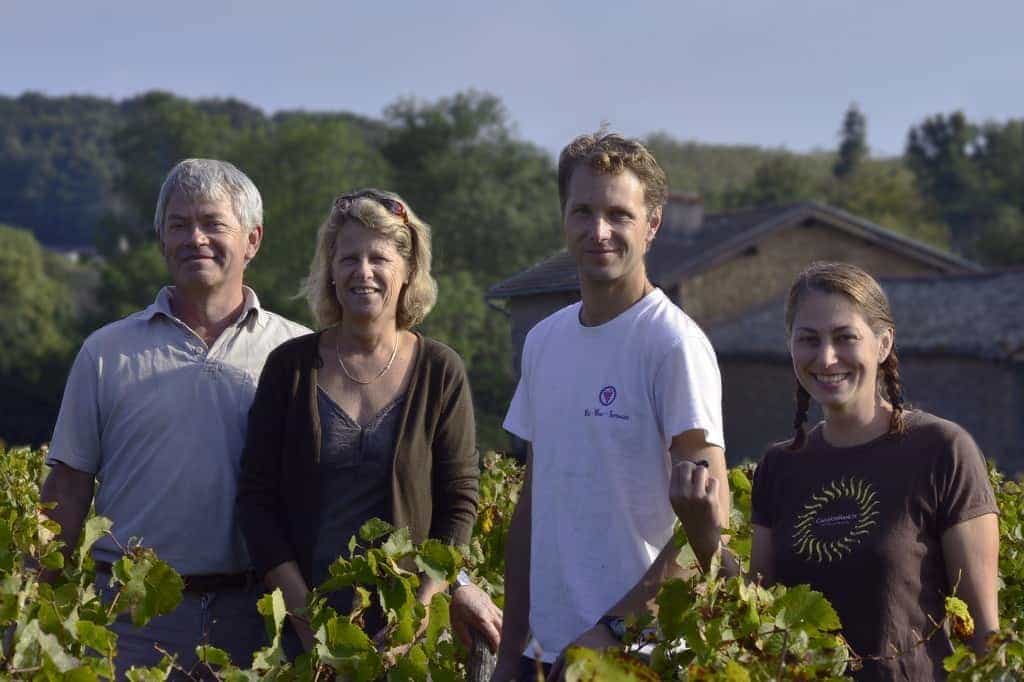 Beaujolais Wine
The Lavernette land and house, property of the monks of the Abbey of Tournus, became the Lavernette seigneurial seat in 1596. The vines were already part of the estate at this time, there was a winery, with two wine presses and four large vats. Today, Château de Lavernette, located at the crossroads between Mâconnais and Beaujolais in the communes of Chaintré and Leynes, belongs to the Boisseau family, descendants of the Lavernette family.

Antoine and Yvonne de Boissieu took over the estate and cultivated the vines until 1978. Bertrand and Hubert, two sons from among Antoine and Yvonne's 14 children, set up a jointly-run farm, known as a 'GAEC' together and continues to grow vines, taking them to the cooperative until 1988. Bertrand and Anke created an 'EARL" (limited agricultural company) and reinstalled the old winery to be able to make and sell the wine themselves. Hubert took retirement in 1997.

Since 2007, Xavier, Bertrand and Anke's son, along with Kerrie, his wife, have all worked together on the family estate, combining their qualities, experiences and knowledge to produce great wines.

A flavour of apple and cherry tart, blended with flavours of strawberry and rhubarb. Our Beaujolais-Villages is fruity and spicy. The enchanting scent of ripe red orchard fruits emanate from the glass. This wine has a silky palate followed by supple and fine tannins.This is an easy-drinking wine, which can accompany diverse and varied dishes such as...

An AB and DEMETER certified dry white wine Pressed as soon as the whole clusters are gathered, the wine is then racked cold before fermenting a controlled temperature between 16°C and 17°C Malolactic fermentation occurs naturally on fine lees in order to preserve all of its aromatic potential. It is generally bottled in the springtime, after the harvest....

Concentrated and structured, the Leynes is characterised by a deep red colour and a rich texture followed by a long finish in the mouth. Elegant with its powerful, glossy tannins as well as a nice note of liquorice. Aromas of undergrowth, vanillary notes and a hint of tobacco are accompanied by black cherry, blackcurrant, pepper and dark chocolate. This... 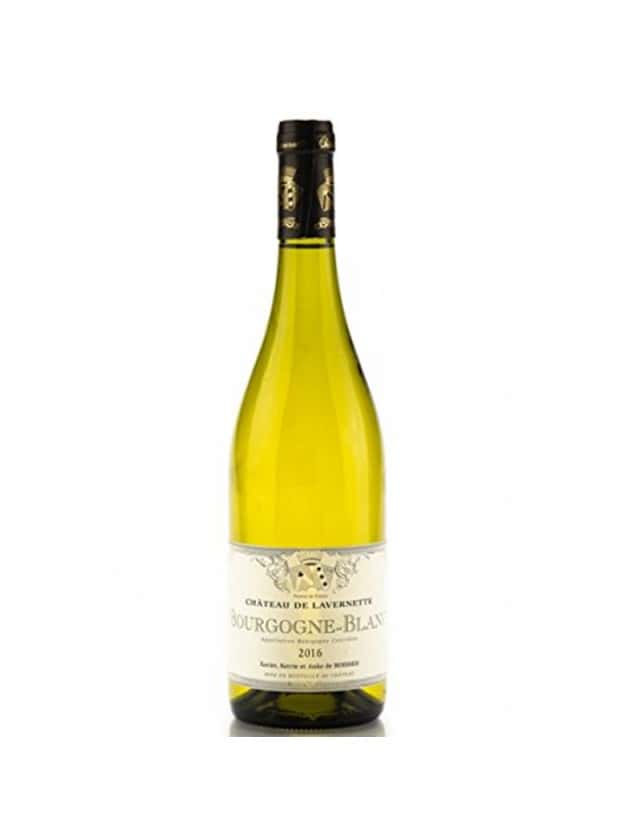 Pressed as soon as the whole clusters are gathered, the wine is then racked cold before fermenting a controlled temperature between 15°C and 17°C in oak barrels of 3-4 years.Malolactic fermentation occurs naturally on fine lees in order to preserve all of its aromatic potential. It is generally bottled after 12 months of ageing on lees. This white...

Full of charm, this sparkling wine welcomes you with a clear, straw-yellow colour and consistent trails of fine bubbles. The rich texture is complemented by notes of fresh lemon and Asian pears with a touch of spearming. Intense and convivial, it's perfect for all occasion when you want to add a little spice to life.This sparkling wine is very pleasant as...

A party wine, a celebration wine, a unique wine, a wine to be enjoyed and discovered. Granit begins to surprise with its unusual colour, white and clear, with what could be referred to as a very subtle rosé eye. The nose is fress, pleasant and delicate. The scents of red and white fruits blend together like a good freshly picked fruit salad. The bubbles... 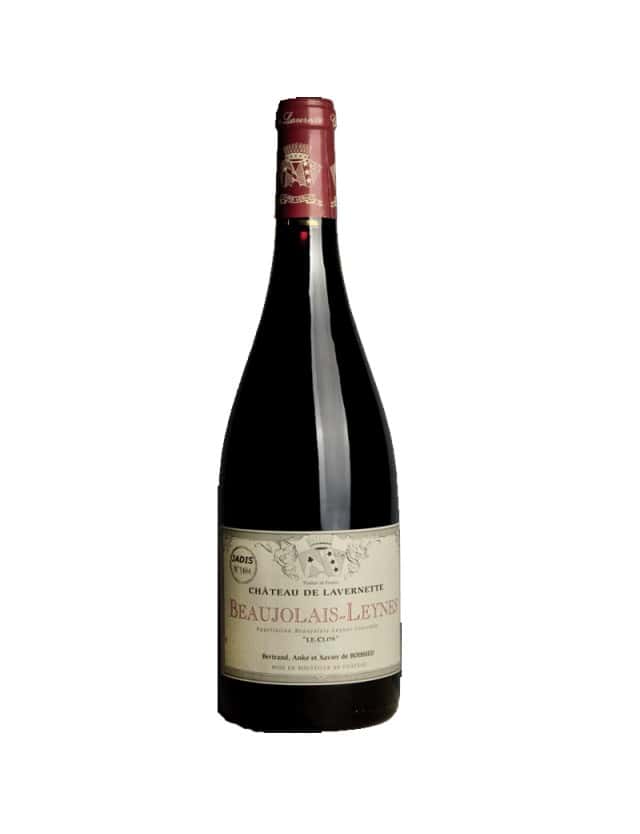 The cuvée Jadis represents the forgotten tradition of regional wines. Vinified and aged using methods used by our ancestors and mentioned in the book "Vermorel" published in 1894. After having spent 19 months in barrels, this Beaujolais-Leynes is saturated with spicy aromas and complexity. Aniseed and liquorice notes which then leave room for black-fruit...

A brilliant pale yellow colour which dances exquisitely in the light. The nose is intensely fruity with notes of apricots, grapefruit melon and white fig. The palate is spicy with notes of thyme and minerality. The acidity is fine and crisp and leads to a long, pleasant finish. A pleasant wine that promises to develop a stunning complexity with time. 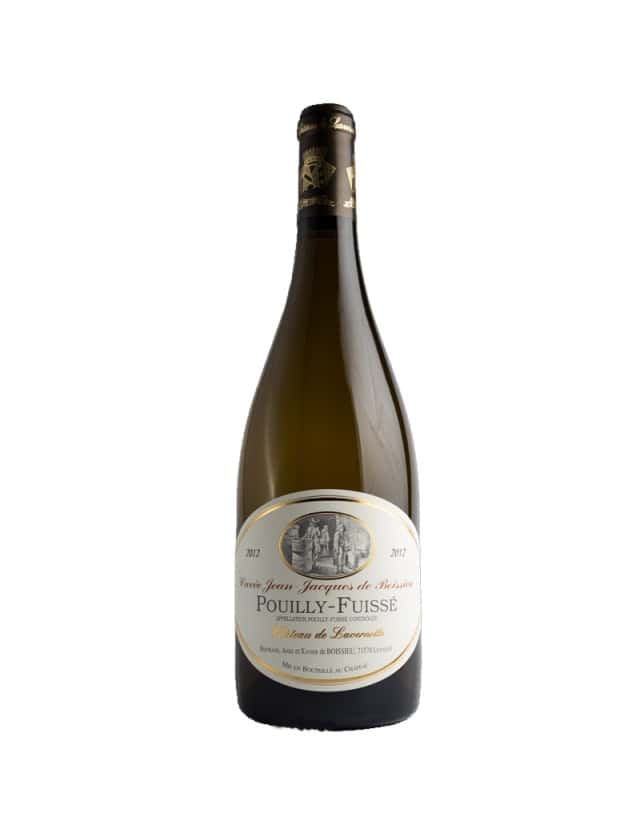 The colour is a relatively pale straw-yellow, and its aromas express minerality. Notes of gingerbread and anise give it plenty of character. The nose starts with scents of vanilla, mingled with those of citrus. On the palate, the taste of peach blossoms, followed by richness and unctuousness in the mouth. This wine is well-balanced, silky and and packed...

This AB and DEMETER certified wine has a pale yellow colour and a complex nose of fruits such as well-ripe nectarines and white peach associated with aromas of brioche and vanilla. This finish is full of finesse with minty flavours.