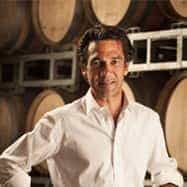 The latest acquisition by Jean-Claude Mas in 2016, Domaine de Lauriga is a little gem located mid-way between Perpignan in Catalonia and Thuir (known for Byrrh). Here, white, red and rosé Côtes du Roussillon (AOC – registered designation of origin), as well as Pays Catalan wines, are produced.The history of the estate: Born into vines, René and Jacqueline Clar were able to fulfil their dream to renovate an old Catalan mas, adapting the winery to modern wine-making techniques and establishing a 60 ha vineyard on various plots, from traditional Roussillon varieties (Carignan, Grenache Blanc and Grenache Noir, Muscat d’Alexandrie and Muscat Petit Grain) and more recent ones (Syrah, Cabernet Sauvignon, Mourvèdre, Merlot) to very distinctive aromatic expressions.Some of these plots were included in the ancient Laurinya, which was yielded in 1068 by the King of France to Cuixà Abbey, a terroir which later became the Vigné del Rey, producing some of the wine served in the courts of the King of Aragon.