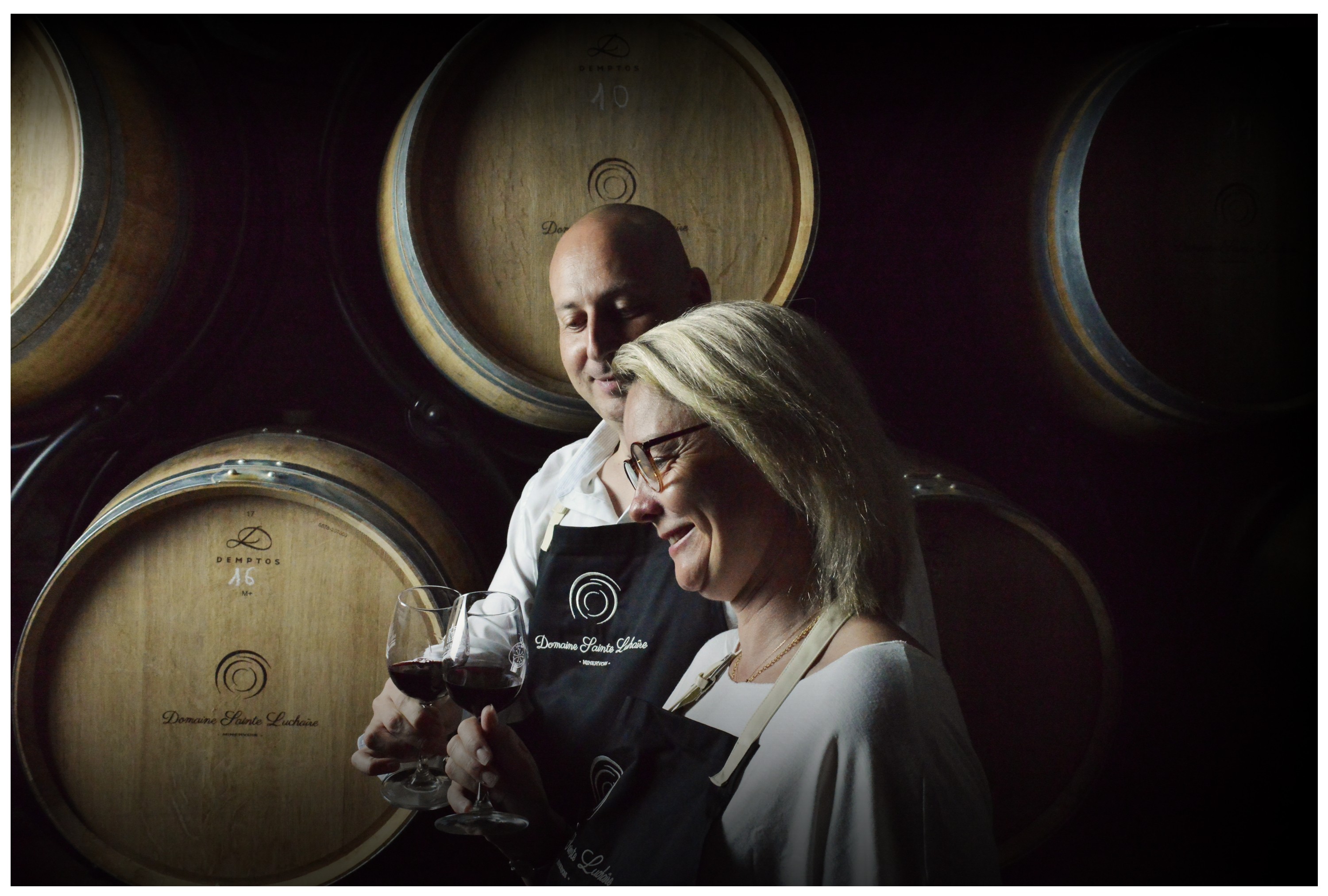 History Located in the heart of the Minervois, in Aigne, Domaine Sainte Luchaïre is 130 years old. Its history is intimately linked with the village created in the year one thousand, known for its famous circular formation, called the Aigne “snail”. This references the form of the buildings that surround the parish church of Saint-Martin, in the centre of the village. A circular village is a medieval village where the circle forms the basis of the system. It is therefore natural that the circular village symbol is Domaine Saint Luchaïre's emblem, deeply rooted in the village's land.The Estate The new team continues the century-old wine-making tradition. Concerned for the well-being of both the earth and human beings, sustainable and integrated vine growing methods are used, to avoid a negative impact on the land and upsetting underground life. The estate has 18 ha of vines located on south-facing slopes in the Mourels terroir. The soil is marl, a sedimentary rock containing clay and limestone. Syrah, Grenache, Carignan and Chardonnay are the main varieties of the estate. Each plot is carefully analysed in order to adapt the production and exploit the exceptional potential of the vines.The Terroir The Mourels terroir extends from Azillanet to Agel, passing through Beaufort, Oupia and Aigne. The Mourels are rocky ridges formed by geological layers, raised and crowned with a bank of sandstone.  We find spontaneous vegetation growing with the vines and the same contrasting effects, depending on the seasons. Here, the planting of vines is dictated by the nature of the soils. Sandstone, contrary to limestone, is difficult for the roots to penetrate, which is why there are no vines on the Mourels summits. Soil coming from tertiary limestone (Bartonian), made up of sandstone and marl, is perfect for growing vines. This Minervois terroir, called "des Mourels" is one of the earliest and warmest in the Minervois, between Causses and Serre d'Oupia, which is 300m in altitude at its highest point. For generations, these varieties have been familiar with dryness, since rain is scarce (450mm/year) and the temperatures are very high in the summer.The Wines This terroir is called “gritty marl” and gives concentrated, hot, complex wines. Wines resulting from a careful, traditional wine-making technique are fruity and full of freshness with intense aromatic notes. Our red wines are rich in a thousand-year-old history, beginning with the Cathars and developed by the monks, with blackcurrant, violet, cinnamon and vanilla aromas, which with age develop leather and candied fruit notes.